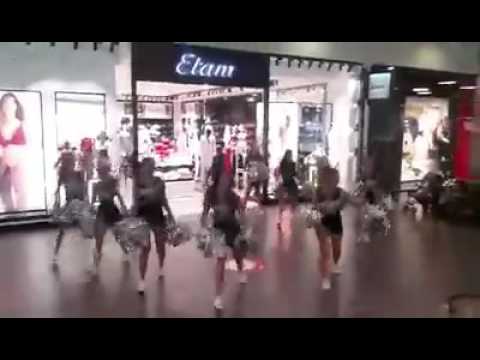 TIL of a man who went on a year-long gambling binge at Caesar's Palace. He ultimately lost nearly $127 million, which accounted for 5.6% of the casino group's yearly gambling revenue.

TIL of a man who went on a year-long gambling binge at Caesar's Palace. He ultimately lost nearly $127 million, which accounted for 5.6% of the casino group's yearly gambling revenue. - todayilearned

TIL of a man who went on a year-long gambling binge at Caesar's Palace. He ultimately lost nearly $127 million, which accounted for 5.6% of the casino group's yearly gambling revenue.

My players are going to be visiting the palace of a demon lord of pleasure who's more CN than CE. I want to show that despite his title, he represents all forms of pleasure and good feelings, not just sex. Also space in his realm doesn't work the same way as it does in the mortal plane. He essentially has an infinite amount of space to work with and can customize it as he pleases, so there are no size constraints.

9/11 and the Mandela Effect

Some words from u/eruwenn and I. Enjoy?
First / Prev / Next
Chae’Sol stood at the centre of a large command deck, meticulously peeling the protective film from his new captain’s chair. The sensation of the slow but steady yielding of the film, the sweeping line following the contours of the seat in flowing curves; it was incredibly satisfying. Finally, with one last gentle pull, the last of his chair was uncovered and he stood back to admire his throne. Aside from the freshness of the seating itself, there were shiny new holo displays, touch sensors, and comms relays that were within easy reach of his seated fingertips. This ship would be the jewel in any fleet, a prototype Dreadnought made by the infamous Bardul of Shi’an. The Gowe Military faction had run into financial problems, and it had been left unpaid and unclaimed. What sorcery Kadir had used to find it, and purchase it, he did not know.
His comms unit beeped and Danyd’s voice came through. “Chae’S-” -He grumbled incoherently- “Captain, we’re ready to get underway.”
The Niham turned and sat back on his pristine chair, swinging his long legs over the armrest. “That was quick, Chief Engineer Ef’Yto”
Danyd grunted at the use of his title. “Aye, these Awakened are efficient bastards.” The Satryn looked around at the enormous engineering bay. The entirety of the Porkchop Express could comfortably sit inside, and two of them could likely squeeze in. “Plus, this thing has never been used; feels weird not having anything to work on. It’s state of the art, and I’m having to read the manuals on half the new systems.”
Chae’Sol laughed, looking around at the Awakened as they were preparing their workstations. “Yeah, this command deck is a little intimidating. Even the Niham Armada didn’t have ships like this. There are fifteen weapons stations here, what in Tulseria’s name were the Gowe planning to do with this thing?”
“No idea.” The chief engineer walked to the large seat in front of his new work terminal, and hopped up onto it. The protective covering squeaked. “This thing has more firepower than half their fleet, it must have been something big. We’re lucky Kadir found out about the graveyard of unclaimed ships from one of his contacts.”
The newly-minted captain swung his legs down and sat up, straightening his black uniform and white collar. “That’s another thing: how does he have so many contacts? I was in the Tulseria-damned military, and I had no idea they would sell us fighters and weapons.”
“I know the feeling.” Danyd watched a junior engineer – Lily, an Awakened who wore a headband in her silver hair that sported long Kittran ears on it – begin running diagnostics on the Hoban Field Generator. “I'm aware he got the automated weapons for the system port from my people, somehow. As for how he accomplishes all he does, I think his time working with that fancy Anatidae councillor opened more than a couple of doors for him.”
Chae’Sol stood, running his fingers through his perfect hair. “Doors, windows, rear entrances and damned secret portals, all leading to a dark realm of shady deals and supplies. We have an Imperium Capital Ship for Tulseria’s sake! Nobody knows where he got it, or where he’s now hidden it.” He looked at his holo display, noting the specks springing blinking into existence as the other ships of Federation origin came to life. “Let’s just be glad he’s on our side.”
The chief engineer tugged at the green collar to his uniform. “Our side used to be a damn sight smaller.” Lily had finished her diagnostic tests and sent the results to his console. Her report included an adjustment that would create a potential three percent increase in crystal efficiency, and a small drawing of a smiling leokit with a crim-bar. He groaned, then reported back with, “We’re ready to go when you are.”
The Niham strode confidently across the command deck, stopping to stand in front of the huge vid screen at the front of the room. All around him were his crew, made up mostly from the Ashi, Awakened, and Kasurians. “Let’s get this show started.”

 
Admiral Pelar of the third fleet stood in the centre of the training mat. On the floor around her were four tough looking Ashi, while a fifth was now squaring off against her. She blocked the jab and the surprise knee strike that followed, turning effortlessly to bring her elbow to her opponents ribs. With another deft turn she was behind him and kicking his knees forward. He tried to roll clear but she had anticipated the move and, as he rose, her spinning boot struck the side of his head.
“Nice try gentlemen.” She walked away and caught a towel thrown by the drill instructor. “That last one has potential,” she said, and the drill instructor nodded. “Next time, I expect at least one of them to land a hit. If not, I’ll have you in the ring instead, to make sure you still have what it takes.” She saw the fear in his eyes. “I accept nothing but the best from the Third Fleet.”
The medics ran onto the mat as she dabbed at her forehead, and she spotted Jar’Bek sitting on a bench nearby. She walked over to him and he stood, straightening what was no doubt an extremely expensive suit. “From one disappointment to another.”
The lawyer smiled. “Imagine only seeing your son when he is paid to be in your presence,” he countered.
She smirked. “Your tongue is still your most deadly weapon.”
He nodded. “Ah, but it must make you proud to see me make use of the things you taught me.”
Her face twitched. “I taught you to be a true Ashi, a soldier. I taught you to respect-”
Jar’Bek held up his hand. “I’m here on my client’s business, not yours. And, as I am paid a considerable sum per gal, let us not waste their money on matters that are concluded.” He enjoyed the irritation on her face. “I am here to finalise the amnesty treaties, and conclude your membership as citizens of Earth.”
The Admiral held up her hands, looking down at her combat training clothing. “I must shower and change first. Please, wait for me in my private office.” She smiled politely.
“No.” His smile seemed to hover as if it was a mask that could slip at any time. “You may have disowned me, but I still remember your tricks. You knew the time of our meeting; you had me brought here so you could intimidate me with this display of aggression. Then you ask me to wait in your office amongst your memorabilia and trophies.” He watched the anger behind her eyes. “You really think these tired old tricks will work on me?”
She sneered. “At least you remember something.”
“Oh, I had the scars removed, but I kept the lessons.” He walked away. “My client's time is valuable and I have scheduled a meeting with the other fleet Admiral’s for later this cycle. Since we have no time for your games, let us go to the briefing room. My team is already set up. If you wish to shower, know that it is more of your negotiating time you are wasting, and I do so hate waste.” He collected his briefcase and walked out of the room.
Captain Loring hurried after Jar’Bek, catching him as he entered the elevator. “You sure you want to antagonise the Admiral like that?”
He leaned back against the wall of the elevator and relaxed, letting out a small sigh. “A little negotiating trick a Kittran taught me. Anyway, she is no longer my Admiral.”
Elora’Tan leaned back on the opposite wall. “She is your mother, Jar.”
“Ha.” Jar’Bek laughed. “She disowned me. This is the first contact we’ve had in I forget how many celes. Her first thought is to try and intimidate me with that display. She likes to beat on cadets, she likes to cause pain, and she wanted me to watch.”
Loring gave a weak smile. “It forges strong soldiers. We can’t afford weakness.”
The elevator stopped and Jar’Bek took a step closer to Elora’Tan. “You think it was weakness that made me leave?” He didn’t let her answer, turning and exiting into the hallway. His voice now resonated with authority as he growled, “In case you people have forgotten, the Ashi will operate under the same rules as the rest of the colony. My mother is not the law... I am the law.”